Stanford, CA—Everyone who took high school biology learned that photosynthesis is the process by which plants, algae and select bacteria transform the Sun’s energy into chemical energy during the daytime. But these photosynthetic organisms activate other biochemical pathways at night, when they generate energy by breaking down the sugars, starches, and oils that they created during the day. New work that focused on this nighttime growth found a protein that is necessary for it to occur and, surprisingly, the role of this protein was linked to the construction of the plant’s cellular membranes. It is published by Proceedings of the National Academy of Sciences.

The paper is from an integrated, international group of plant science experts, led by Carnegie’s Arthur Grossman and including lead author Wenqiang Yang and co-author Martin Jonikas, both from Carnegie. It demonstrates that in the photosynthetic alga Chlamydomonas, the protein ferredoxin-5 is critical for growth in dark and for proper membrane organization.

Ferredoxin-5 is a member of a family of small iron-sulfur proteins that provide the electrons needed to drive various metabolic reactions in the cell. Photosynthetic organisms typically have multiple different types of ferredoxins, although little is known about how their functions differ.

The team found that a specific mutant lacking the ferredoxin-5 protein was unable to grow in the dark (in the nighttime) or perform normal metabolic functions, but it had no trouble growing during the light (in the daytime).

These membranes are made up of lipids, which are fatty acids linked to a glycerol backbone. The ferredoxin-5 mutant shows marked alterations in the bond structure of many of these fatty acids, which changes the degree of saturation in the fatty acids present in the membranes. (Fully saturated fatty acids have single bonds between all of their carbon atoms while unsaturated fatty acids may have anywhere from one to several double bonds between their carbon atoms.) This, in turn, appears to impact the lipid composition of the membranes and results in aberrant membrane structure that impairs metabolic processes, including photosynthesis, that occur on those membranes.

The team’s findings suggest that one of the biochemical reactions that ferredoxin-5 drives through its electron-donating abilities is this alteration in the saturation state of fatty acids. This result indicates that when the alga is in the dark, ferredoxin-5 specifically donates electrons to enzymes that specialize in desaturating fatty acids; it may also donate electrons to other processes in the dark. (In the light, however, another member of the ferredoxin family may take on this responsibility, which is why the aberrant membrane structure is only observed in plants that are maintained in darkness.) .

«This work homed in on the role of ferredoxin-5 and factors critical for photosynthetic organisms to switch between daytime and nighttime metabolism,» Grossman said.

This manuscript represents the efforts of a number of researchers in many different fields. Other co-authors include Matthew Posewitz at the Colorado School of Mines, Christoph Benning of Michigan State University, Sabeeha Merchant of the University of California, Los Angeles, Alexandra Dubini from the National Renewable Energy Laboratory and Xenie Johnson and Jean Alric of CEA/CNRS in Cadarache, France.

Our results suggest that particular ferredoxins in photosynthetic organisms are tailored to serve as electron carriers that sustain day-time and night-time metabolism and that the chloroplast-localized ferredoxin-5 (FDX5) appears to function in the desaturation of fatty acids required for maintaining the correct ratio of the dominant lipids in the thylakoid membranes and the integration of chloroplast and mitochondrial metabolism, which is absolutely required for growth in the dark. The most important messages from this work are that redox components associated with critical activities in photosynthetic organisms must be tuned to the redox conditions of the cells and the overall carbon budget of photosynthetic cells requires an understanding of metabolic features that accompany the movement of cells between light and dark conditions.

Photosynthetic microorganisms typically have multiple isoforms of the electron transfer protein ferredoxin, although we know little about their exact functions. Surprisingly, a Chlamydomonas reinhardtii mutant null for the ferredoxin-5 gene (FDX5) completely ceased growth in the dark, with both photosynthetic and respiratory functions severely compromised; growth in the light was unaffected. Thylakoid membranes in dark-maintained fdx5 mutant cells became severely disorganized concomitant with a marked decrease in the ratio of monogalactosyldiacylglycerol to digalactosyldiacylglycerol, major lipids in photosynthetic membranes, and the accumulation of triacylglycerol. Furthermore, FDX5 was shown to physically interact with the fatty acid desaturases CrΔ4FAD and CrFAD6, likely donating electrons for the desaturation of fatty acids that stabilize monogalactosyldiacylglycerol. Our results suggest that in photosynthetic organisms, specific redox reactions sustain dark metabolism, with little impact on daytime growth, likely reflecting the tailoring of electron carriers to unique intracellular metabolic circuits under these two very distinct redox conditions.… 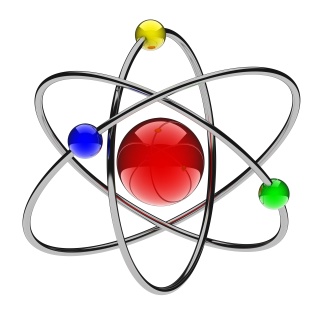